God continues to work miracles in my life 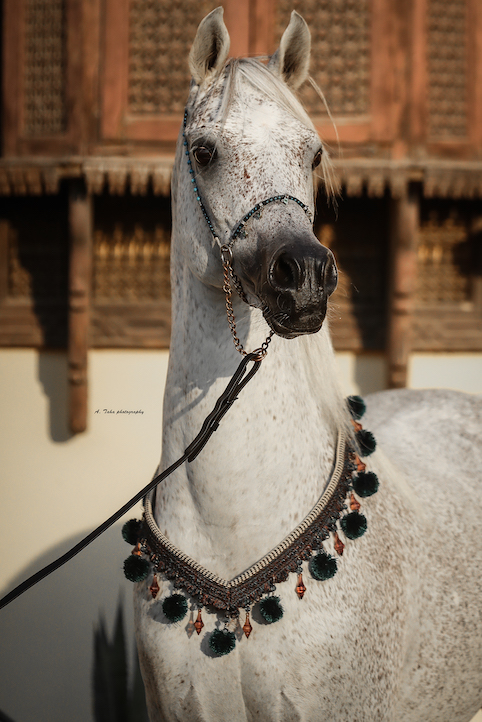 "No one knows how it is that with one glance, a boy can break through into a girl's heart."*

I remember when I was 5 years old, I used to live in Kuwait where my papa was a physician at Al Jahra hospital, it was the old nice days, I was so much in love with horses as a little girl, dreaming every day of having one and collecting every single toy I see of any kind of a horse.

My papa gave me a promise, when I will be seven years old he will get me a horse, and my birthday is the 2nd of August and I was supposed to be seven in 1990 but it was also the day of the Iraqi Invasion to Kuwait, me and my mama on this day in Cairo hearing the news and knowing that my papa was there, was very hard, he called at last after few days (there was no cellular at this time) saying that he drove all the way from Kuwait to Jordan through Iraq in a vehicle, and it was a very hard journey during the war.

I remember when our door bell rang and I knew it was him after one day of the call, I remember when I saw him at the door standing with a light blue shirt it was like seeing the sun, I hugged him so hard and kept crying, I can’t remember except that, that day I slept over my papa’s shoulder, but I never forgot his promise.

Beside my father’s job as a gynecologist, he had some friends of different nationalities that he liked to help them in their business, and there was a specific one that papa helped him with some ideas and when the war started they lost connection, as I did in owning a horse.

After the war Papa never went back to Kuwait due to political reasons, and we continued our life in Jordan and Egypt, and of course getting out of a war, losing the job and the house meant that we do not have much money to afford a horse at the time, it was an unstable life, but the dream kept growing and I kept hoping.

Things started slowly to improve over the years and after 14 years my papa called me from Jordan and said now you can have a horse, and this when I had my first stallion Shaalan.

In late 2008 my friend Yara came to tell me that her friend who is working in commercial business has a client who is making a DVD for his Arabian horse farm, and that he needed someone to help, as I am so involved in horses and studying pedigrees, I did, I met the owner of this farm, Mr. Salah Al Terkait, owns AlWard Farm, he is a very kind person, he asked me to write what will be said in the DVD and I took his horses pedigrees, which amazed me by all means, I never saw his horses but I liked his breeding, crosses between Dr. Nagel and Ansata Arabians it was very interesting to see so much good names in one pedigree, and I knew that this farm owns some very good horses.

I did what I was asked for and the outcome was good. Mr. Salah and papa started talking about Kuwait and the people papa used to know, this when papa mentioned his friend and he was also a friend of Mr. Salah, he called him while he was with us, and papa was delighted to talk to him and Mr. Salah told him about me, after few days papa had a call, that his friend wanted to pay him back for his help as his business grew and he succeeded since almost 20 years ago and that he would love to do something for me, so he did, he and Mr. Salah arranged together to send me a colt and that they will take care of everything! I cried ,, I did,, and I thought I’m dreaming when I knew his pedigree it was a huge thing for me, as while I was working with them I looked at his dam and wished if I had such a pedigree and his sire was one of my dream horses as I wished also to breed to my mare Haifa but as for the distance I never thought about it again.

And this is how I got my new baby boy Joman, the boy I named by myself.

Waiting at the airport for him to show up, I'm not allowed to get him by myself from the plane, waiting was so exhausting emotionally, I do not know if I will meet a colt, stallion like personality or a calm afraid one, I was like a lioness waiting in a cage for something, going forth and back waiting for him to get out but when he appeared from so far with his huge star on his head I knew what I’m expecting, I cried ,, I can’t remember if I did, but I guess I did, he came walking slowly watching everyone around him, watching the ground and watching our faces, till I stood in front of him, telling him how much I’ve been waiting for him, and that I will be his new friend, the smell of his breath entered directly to my heart not my lungs, his cells entered my blood stream and I became a mom to a new baby boy, just in a glance, just by a touch, he walked so careful and curious with his shiny dark gray coat reflecting the sun in to my heart, such a sweet tired colt, loving and caring not to harm or kick any of the people around him.

Like a celebrity, he entered his box smelling everything around and allowing every look and touch from me without being afraid, I closed the light for him to rest and had to do some papers, this when I had a call from his new groom telling me to get a tape because my colt is opening and closing the box light like crazy, this when also I knew I have a colt with a sense of humor. 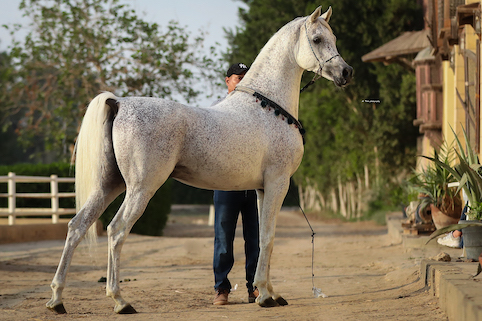